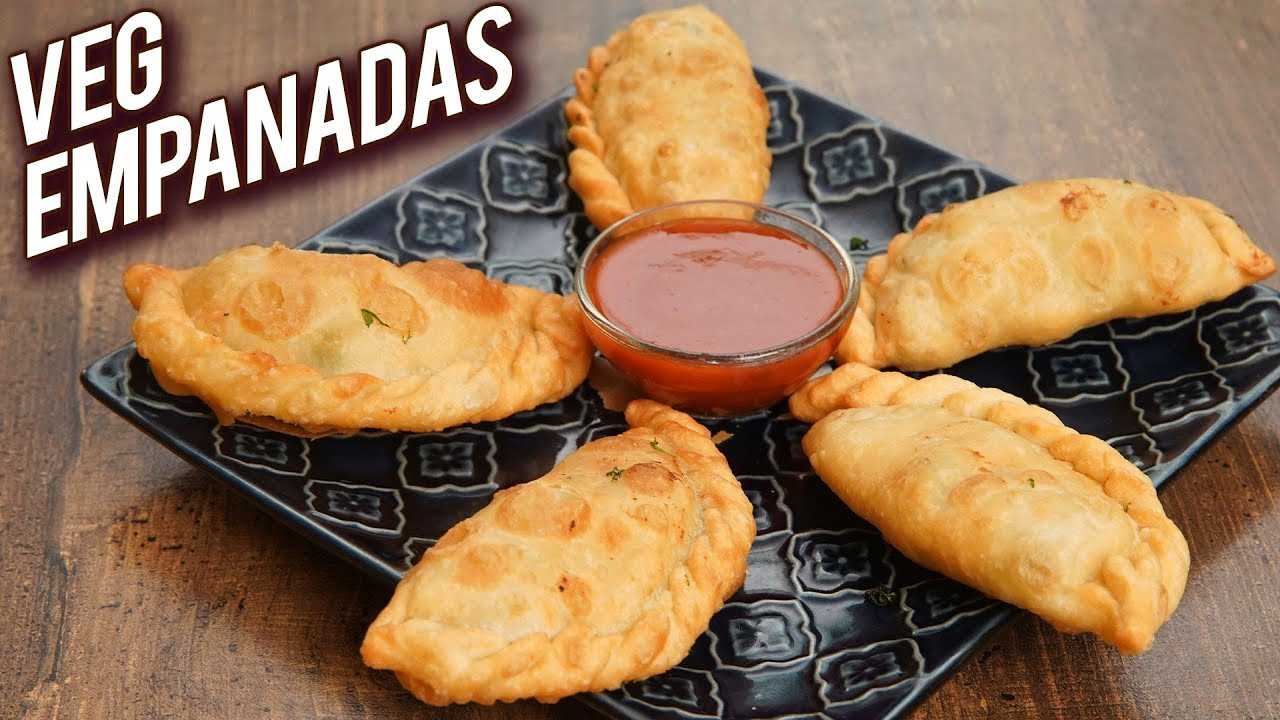 Vegetarian Empanadas is a term that refers to a stuffed pastry, served stewed either fried or baked.

It is noteworthy here that the origin of Empanadas dates back to Latin America, and because the filling is very diverse, it helped spread this dish in all countries of the world, and in each country, it took a different name.

The filling can be sweet or savory, and it can vary between nuts and coconut, or vegetables and meat, each according to his liking.

It is worth noting that some people find Empanadas dough making very cumbersome, so in some recipes, it can be replaced by puff pastry that can be obtained pre-prepared and frozen from the supermarket.

Although the puff pastry is of French origin, while Empanadas is of Latin origin, and both doughs are different, it may work if you use one in place of the other.

In this article, we will cover some easy recipes for preparing the most delicious Vegetarian Empanadas, which will be a valuable addition to your list of vegetarian dishes.

For this recipe we use store-bought puff pastry, usually frozen. Therefore, take into account before use insufficient time to take it out of the freezer.

As for the filling of black beans, it is well suited for vegetarians, while black beans are often used as a substitute for meat, especially in many dishes that have their origins in Latin America, such as burritos and tacos.

What makes black beans especially suitable is that they are delicious, satisfying and pair great with spices.

The stuffing is prepared first, and this is done by heating a medium amount of oil in a frying pan, then adding the onion and red pepper, and cooking the vegetables until smooth and tender.

Add some garlic and spices to taste, and continue cooking for a minute until the pungent smell of garlic appears.

Add the beans, tomato paste, and some water, and stir until the beans are soft.

Add some corn, green onions, and some coriander, and season the filling with some salt, pepper, and hot sauce (to taste).

When you buy the ready-made dough, make sure it is sold in large slices, as you will need to slice each slice into 4-inch circles.

You can use a cookie cutter with a suitable diameter or you can use a round bowl so that you can cut the dough into the desired shape using a knife.

You have to oil the baking trays before using them so that vegetarian empanadas do not stick while baking.

Place two tablespoons of filling in the middle of each dough circle, then wet the edges of the dough circle with water so that the circle can be closed and its ends stick, then use the tips of the fork to curl the edges.

Apply a thin layer of almond milk on the empanadas then use the brush to apply a layer of olive oil to the surface of the empanadas before putting it into the oven. This gives Vegetarian empanadas a beautiful golden color.

In this recipe, we’ll make Empanadas from scratch. The dish will be prepared with its ingredients and the method of its preparation according to the native Argentine method.

We mix the flour and salt in a large bowl, then add butter to it, then mix in a food processor more than once until the mixture is homogeneous.

Mix a large egg with the water and vinegar, and add the flour mixture to them in a small bowl, to get a ball of dough in the end.

Cover the dough with plastic wrap, and leave for an hour in the refrigerator.

Fry the onions and peppers in olive oil in a large frying pan over medium heat for 4 minutes, then add the mushrooms and garlic and stir the mixture for 5 minutes until the mushrooms are soft and the liquids dry.

Add the spices, and keep stirring for one minute, then remove the pan from the heat, and leave to cool.

The oven is heated to 200 ° C. Two baking plates are stacked with parchment paper on the bottom.

We take the dough out of the refrigerator, leave it until it reaches room temperature, then spread it on a surface sprinkled with a little flour to prevent sticking, and cut it into circles with a thickness of 4 mm and a diameter of 12 cm.

A spoonful of filling is placed in half of the dough, then the dough is folded to make a semicircle, making sure to seal the edges tightly and curl them with a fork to form our Vegetarian Empanadas for baking.

The other half is painted with eggs with a brush until Empanadas are golden in color.

Bake for 10 minutes, then flip Empanadas on the other side, repeatedly rubbing the top surface with egg wash, and baking for another 5 minutes, until Empanadas are light brown.

After taking Vegetarian Empanadas out of the oven, place them on a wire rack until cooled, then serve.