Even Chinese food is widespread in various countries of the world, as Chinese food surpasses its counterpart in Europe and

If we look at the progress of Chinese civilization in the modern era, we realize that all aspects tend to advance and develop.

Widespread food is a measure of intellectual, cultural, and civilizational progress alike.

The development of gastronomy as an important component of the food culture and the great progress that food culture witnessed, was indicative of the economic and cultural development achieved by the Chinese nation. And this is a clear result of the progress of Chinese society.

principles that made Chinese food spread around the world Some of the popular dishes are multi-ingredient

And here are some examples of their traditional dishes full of various ingredients: Mapo tofu is a popular Chinese dish from Sichuan Province. Where spicy food is the predominant and the distinctive spice of the region – Sichuan pepper – gives the dishes a unique effect.

It’s almost like having Sichuan pepper not only to add aroma and flavor but also to numb your tongue so that it absorbs more heat.

It is clear that their use of this large amount of hot pepper did not appear until after they knew about the benefits of this variety.

And perhaps the most important benefit is that it prevents blood clots.

Which helps expand blood vessels so that blood flows properly in the body. And reduces the risk of blood clots and many more Of the heart problems

Tofu, a vegan cheese made from rich soy milk, with ground red-brown meat and chopped green onions, gives the dish an unparalleled flavor.

Kung Pao Chicken is a Chinese classic with spicy chicken, peanuts, and vegetables in our delicious kung pao sauce.

This easy, homemade recipe is healthy, low in calories, and so much better than eating out.

The dish has also made its way outside of China. And is still a common sight on Chinese fast food menus in countries around the world.

There are good reasons why everyone loves kung pao chicken. It has many flavors: refreshing, sweet, and salty with a hint of heat.

Art puts the right amount from each ingredient to come up with the winning flavor combination. 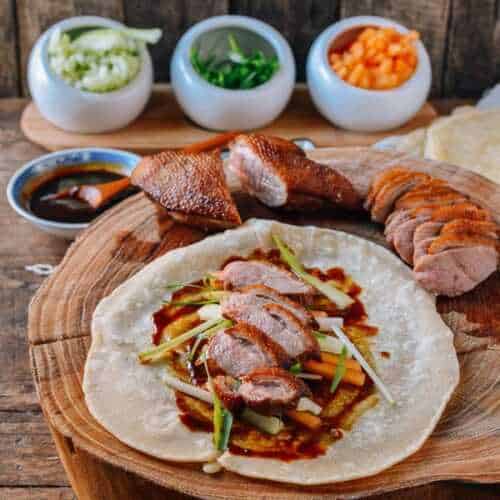 Peking duck is a dish from Peking that has been prepared since the imperial period. The meat is characterized by its thin crust and crunchy.

With original versions of the dish mostly served with the skin and a touch of meat, and it’s sliced ahead of diners.

Ducks specially bred for the plate are slaughtered after 65 days and roasted before roasting during a closed or suspended oven.

Chinese are usually eat the meat with green onions, cucumber, and sweet bean sauce with pancakes wrapped around the fillings.

Sometimes pickled radish is additionally inside, and other sauces (such as hoisin sauce) are often used. 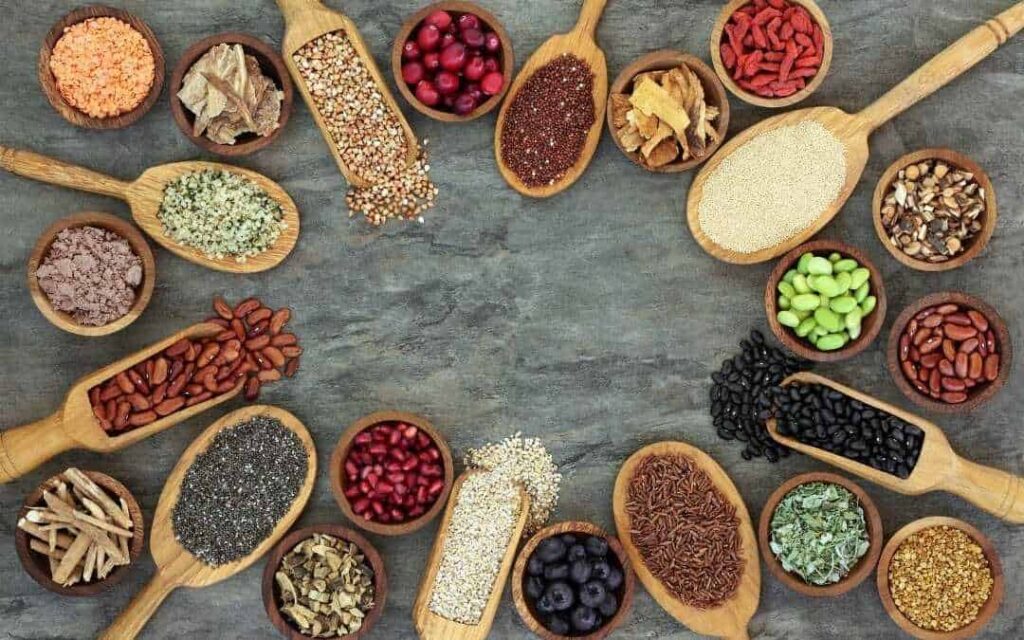 A diet that is rooted in Chinese concepts and how to effect food has on human organs. It focuses on concepts such as eating in moderation

And as we see Chinese food is known for its including vegetables and protein. As it has two main components: vegetables and meat or fish, in addition to rice or noodles.

Chinese cuisine is mainly based on the use of vegetables in all types of food. Vegetables are not cooked until fully ripened, but left completely immature to preserve its nutritional importance. And its unique fresh taste.

In fact, it is not the taste that is the reason for the variety of ingredients.

But rather the benefits of tastes that necessitate the diversity of ingredients and tastes to increase the benefits.

The Chinese divide the taste into five different types: sour, bitter, sweet, spicy, and salty. But for the Chinese, they are more than just flavors. In traditional Chinese medicine, every chew of food is sent to the relevant devices:

Does this mean that in order to be healthy you should eat food that is neutral and includes all kinds of flavors or just flavors?

The answer is No. Food choices are affected in a way that is proportional to the structure of your body, as well as by the season and the location in which you are.

As well as by age and gender (male or female). In other words, traditional Chinese medicine practitioners adapt their recommendations to a variety of circumstances.